Shooting for the Future

Jim and I would like to thank our parents, grandparents and both our two and four legged friends who have helped and inspired us along the way.  They always had time for us, answered our never ending questions and kept us busy in a trout stream or in the woods.  Our curiosity of all things wild gave them the opportunity to plant a seed that developed into a love of nature and all the wild things that live there.  For this we are truly grateful!

Check out the NEW articles, news, product reviews and photos in the 2018

Go to the Archery Adventures page to see tournament dates and results.

Super Dog Obedience has classes from March through the first of September call or email for information and class placement.  Privates lessons are available (Go to contact us page for contact information)

Team Frady Outdoor Adventures was established in 1993. Jim and Lynne Frady grew up in the mountains of Western North Carolina which gave them the opportunity to experience all the magnificence of God's grandest cathedral....the outdoors.

Jim grew up hunting and fishing with his Dad and Grandfather. He knew from an early age that he wanted to be involved in the outdoor industry.  His Father gave him his first bow at the age of 12 and from there he never looked back.  He would read and reread every magazine and book he could get his hands on that was hunting related.  He read hunting articles and stories by Fred Bear, Ben Pearson, Jim Doughtry and countless others.

Jim was involved in football and track and field during his middle and high school years, holding many regional and state records.  His competitive spirit and goal oriented personality would prove to be a huge benefit when it came to pursuing his dreams.

Jim wrote a letter to Fred Bear when he was a senior in high school asking him for advice on how to pursue a career in archery.  He knew that it was a shot in the dark but he had to try.  To his amazement Fred Bear sent him back a hand written letter suggesting that he pursue machining, he felt it would help Jim understand the mechanics of a bow.  Jim took his advice and graduated with a degree as a machine operator.  He has worked for Borg-Warner Turbo Systems since 1984.

Lynne grew up spending plenty of time in a trout stream and the woods with her Dad and older brother. Her Dad owned his own retail shoe business which Lynne played a huge roll in as well.  She began managing a store, with his supervision, at the age of 14.  Learning how to work with the public, sales, leather work, book keeping, ordering and all aspects of running a business.  When she graduated high school she began working full time for her Father running the business.  Her family also owned 5-H Racing Inc, a stock car racing business.  Lynne's Dad raced most of his adult life and turned that hobby into a business.  Racing stock cars also taught Lynne about sponsorship and how to work with companies.  Lynne raced for several years along with her Dad and her brother.  Lynne is the only member of her family with a career win.  She also was a member of her Dads pit crew, they raced all over the south east at NASCAR sanctioned tracks in the Late Model Stock division.  The great thing about working for her Father is they could take time off to go fishing or hunting when they found the time. Thanks to the experience of running a business Lynne went on to own and operate Super Dog Obedience and Gun Dog Training and Team Frady Outdoor Adventures.

Lynne had been a featured writer and photographer for National Bowhunter Magazine since 2003.  She has also written for NWTF's Strutt and Putt magazine, Real Tree's Online Journal, Bowhunt America, WomenHunters.com, and many others.  She has also worked with Muzzy Bad to the Bone TV as a videographer for the show.

Jim and Lynne met in 1986 and were married in 1993.  Until that time  Lynne had only hunted with shotguns and rifles, Jim introduced her to archery and bowhunting.  In his words "he created a monster". Bowhunting is their passion and sharing their knowledge with others has become an obsession.

Since 1993 Jim and Lynne have worked in the outdoor and hunting industry as Professional archers and hunters.  They work with the greatest companies in the industry ( check out the sponsor page).  Team Frady Outdoor Adventures is a grass roots program that teaches women, children and youth the skills necessary to become involved in the outdoors, shooting sports and hunting.  Thanks to their sponsors continued support and belief in their programs T.F.O.A continues to grow.  Jim and Lynne do in store promotions for Bass Pro Shops, Dicks Sporting Goods, Cabelas and others giving seminars, demonstrations and promoting their sponsors products. Jim and Lynne also insrurct archery for B.O.W (Becoming and Outdoors Woman) programs, the NWTF's Women in the Outdoors and The Pisgah Center for Wildlife, which is ran by the North Carolina Wildlife Resource Commission. They piloted an archery program for the Biltmore House and worked with countless schools to promote and teach archery and wildlife conservation.

Jim and Lynne have been featured in Print Ads, TV and Radio and in 2006 won the prestigious Muzzy Tall Man Award.  Their continued dedication to shooting sports and the outdoors help insure the future of our hunting and outdoor heritage.

"Through this site Jim and I hope to inform and inspire you to be part of the great outdoors.  We would like to start a fire or rekindle the flame you have for the outdoors, shooting sports, hunting and fishing. By sharing our adventures and those of our friends and family our hope is that you will do your part to share your knowledge with others so they to can begin to make memories that will last a lifetime!"

Sit back, click a button and enjoy the adventure! 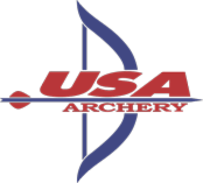 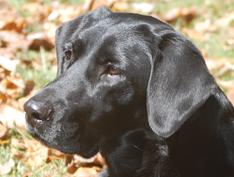